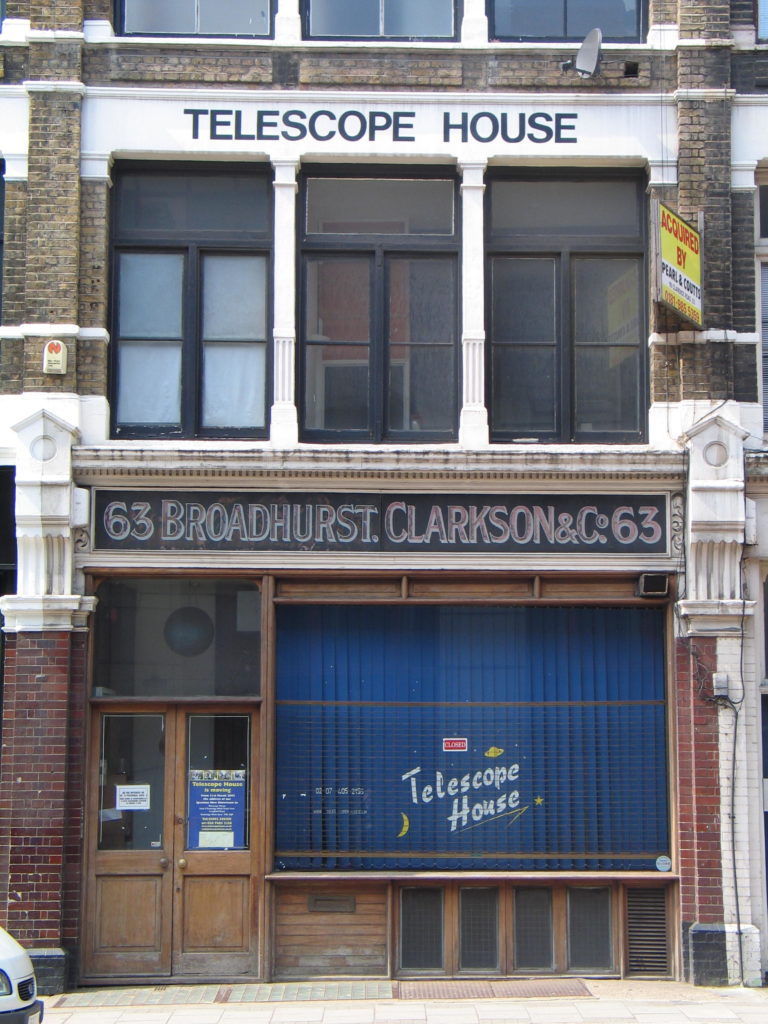 Many budding amateur astronomers would spend hours pouring over the adverts and catalogues from BC&F, and make special trips into the heart of London to browse the quirky old telescope shop on Farringdon Road.

Telescope House was becoming a meeting place for astronomers. After a visit from a 16 year old Peter Gallon in 1974, he was offered a Saturday job. The job was Pete’s if mum made Dud a cup of tea. After a time in the workshop, Pete progressed to sales, then shop manager. Telescope House was always staffed by keen and knowledgeable astronomers.  Saturdays were often more like a social club than a shop. Pete was to stay with the firm until it closed its shop doors in 2014. 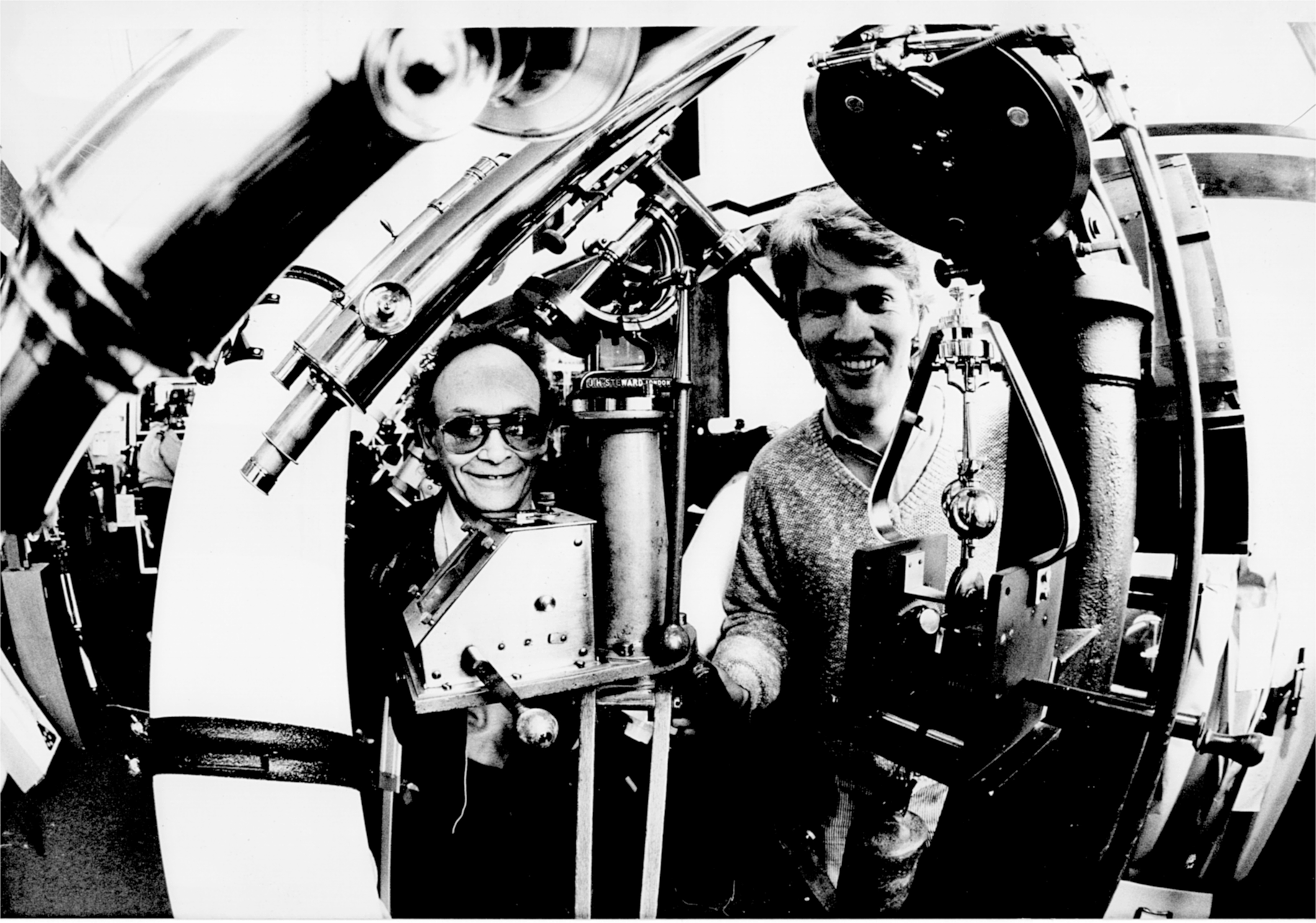 There were many famous customers too. It’s easy to forget that there simply weren’t that many places to buy telescopes and equipment. Of course, perhaps the most notable would be Sir Patrick Moore but we’ll look at that a bit later..

Another notable regular customer was the Sultan of Oman. He purchased many instruments from Dud. On one occasion he commissioned a special instrument indeed. A small library telescope to be made of solid gold and inset with precious gems.

Ernie rose to the challenge. His workshop was cleared and the lathe meticulously cleaned then security guards would arrive with the gold in cases for him to work with. It was weighed into the workshop, then all the swarf was collected and weighed to ensure nothing was being ‘lost’.. 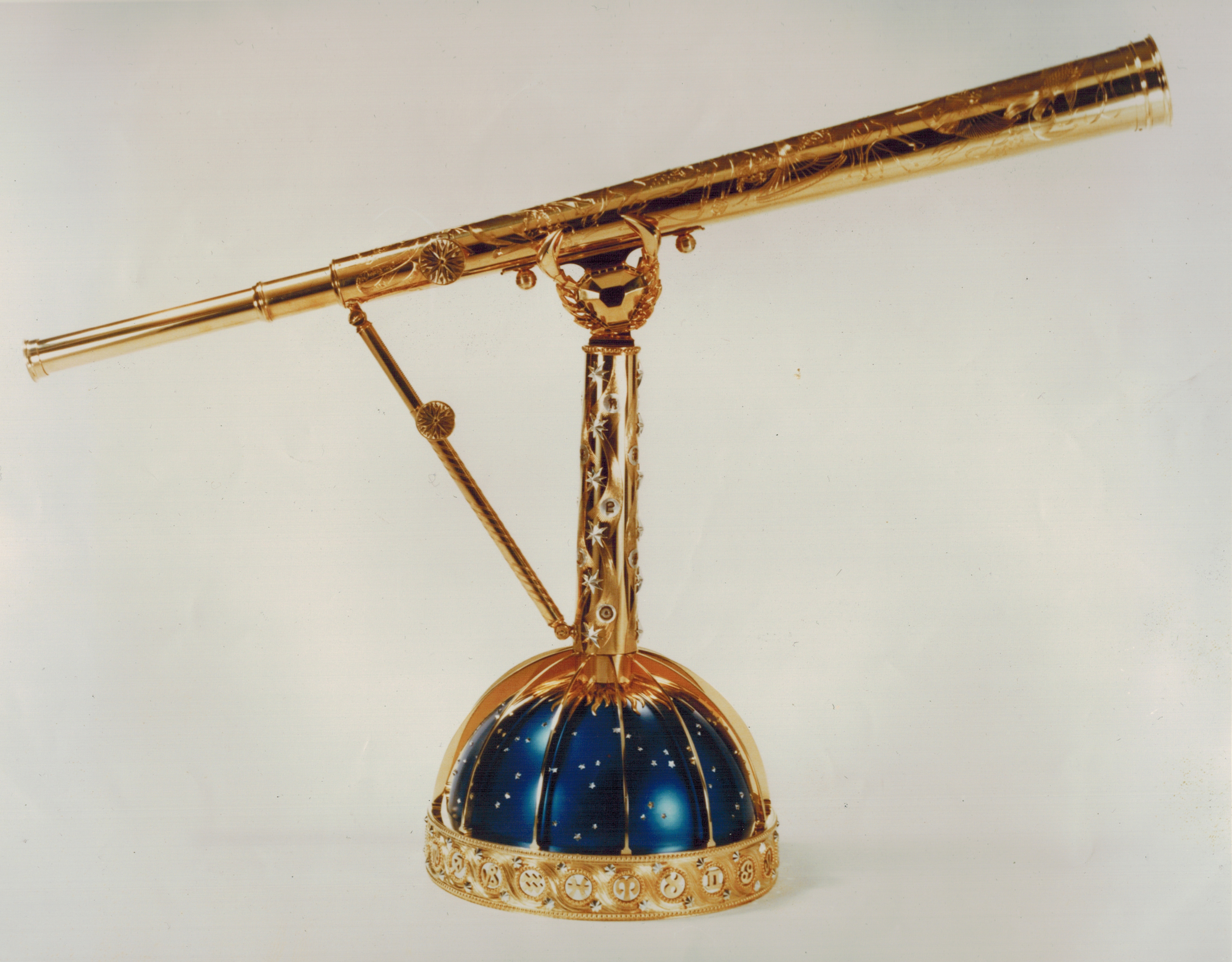 This Clearly was something special and Ernie certainly showcased his talent and skill.